A grower’s story, how the Clarkes are getting to grips with GHG emissions

First published in the December 2021 issue of the NZ Grower and The Orchardist magazines. 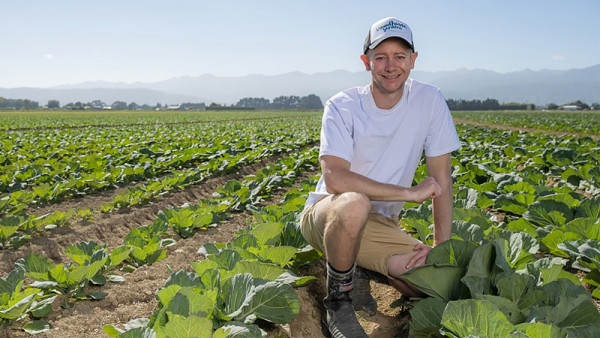 Woodhaven Gardens in the Horowhenua has been figuring out how to reduce their impact on the climate. The Clarke family has been growing vegetables since the 1970s, growing 24 different crops across approximately 900 hectares. Woodhaven employs around 250 staff and sells 27 million individual vegetable units each year, accounting for about 10% of the national supply.

“In order to understand our environmental impact, we've had to get to know all of our paddocks individually," says Jay Clarke. Their journey to understanding their emissions began when they were looking at ways to reduce nutrient leaching to freshwater.

Nitrous oxide is a potent and long-lived greenhouse gas that comes from a range of sources, including farming. In agriculture, it is emitted into the atmosphere when micro-organisms in the soil act on nitrogen introduced either by animal urine or dung, legume plants or nitrogen-based fertilisers.

"Figuring that out was actually really helpful for us because it meant we were getting a two-pronged approach," says Jay. "We were already looking at nitrogen for freshwater quality. By tackling that, we've also been able to lower our greenhouse gas emissions."

In 2019–20, Woodhaven Gardens emitted 588 tonnes of nitrous oxide, expressed as 'carbon dioxide-equivalent' – just under half what they emitted two years prior, and the equivalent of taking over 300 cars off the road.

Carbon dioxide equivalent describes the amount of carbon dioxide emissions that would provide the same warming effect over a specified period of time as the gas in question, in this case nitrous oxide. 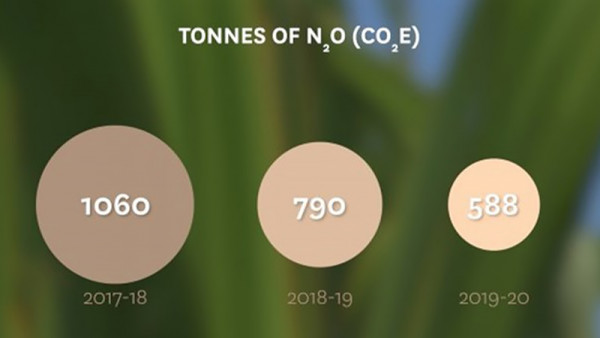 The team at Woodhaven Gardens works hard to produce the most amount of food for the least amount of fertiliser. Here are the main things they've been doing to manage their nitrogen use:

"We GPS'ed our tractors so we know that our inputs go exactly where we want them to, and we don't get fertiliser in the parts of the farm that don't need it," says Jay.

The Clarkes also pay attention to the health of their soil, using crop rotation and cover crops to further minimise the need for fertiliser.

"I never thought we'd get as far as this," says Jay. "But by changing a whole lot of little things, and being willing to try different things, we've been able to add it all up and have a major impact. It's something we're really proud of."

Jay says they are continuing to learn as they go and there are still parts of the system that need work, including monitoring whether the new, lower levels of fertiliser are sustainable across all seasons in the longer term.